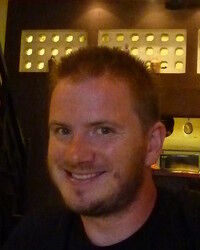 Ahimsa Kerp is the author of the historical horror novel EMPIRE OF THE UNDEAD from Severed Press and co-author of the mosaic fantasy novel THE ROADS TO BALDAIRN MOTTE from Reputation Books, as well as a contributor to many anthologies and magazines including CTHULHUROTICA and DEAD HARVEST. Ahimsa hails from the Pacific Northwest but has been living overseas since the aughts.

You can read his blog at Be Obscure Clearly or follow him on twitter: @ahikerp. (Neither and both are vaild options as well.)

Community content is available under CC-BY-SA unless otherwise noted.
Advertisement